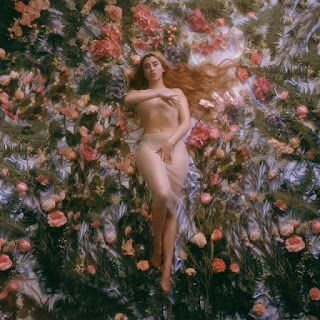 Lauren Jauregui is an American singer and songwriter. She rose to fame as a member of the girl group, Fifth Harmony. Lauren has also collaborated with a few different artists such as Marian Hill, Steve Aoki, Halsey and Ty Dolla $ign exploring different genres of music ahead of her solo career (I am not sure if that was her plan but experiences within the different genres would have certainly helped her now).

She signed with Columbia Records and began working on her upcoming debut solo album in May 2018. She released her debut solo single 'Expectations' and its music video in October 2018 and she has now released her second single (which is my favourite out of the two) called 'More Than That'.

Throughout the song, Lauren is letting her lover know that she doesn't go home with anyone. It almost seems like she raps the lyrics with soothing, majestic vocals mixed in-between. The song seems very sassy too.

The beat of the song is very contagious as well. Lauren has such a nice, husky, warm but also elegant voice and I can see her being very successful within her solo music career.

The single cover sees her laid in a bed of flowers in a pose which covers her private parts in such an elegant way. It looks like it was inspired by the goddess illustrations you see in History books.

This has got to be my favourite song that Lauren has released so far and I can imagine an amazing music video and live performance for this song.