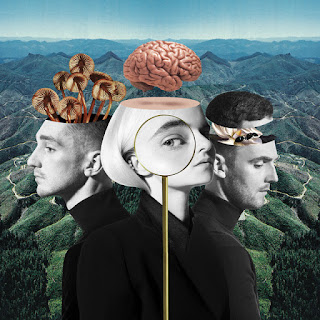 Clean Bandit has teamed up with Charli XCX and Bhad Bhabie on the track 'Playboy Style'.

Clean Bandit is an English electronic music band, formed in Cambridge in 2008. The band consists of members Grace Chatto, and brothers Jack and Luke Patterson. Many of their projects are best known for blending elements of both classical and dance music together and featuring guest vocalists. They have collaborated with artists such as Jess Glynne, Anne-Marie, Sean Paul, Demi Lovato, Zara Larsson, Ellie Goulding, Marina and Rita Ora.

Clean Bandit have had many smash hits such as 'Rather Be (ft. Jess Glynne), 'Solo (ft. Demi Lovato), 'Symphony (ft. Zara Larsson), 'Rockabye (ft. Anne-Marie & Sean Paul)' and many more.

They have recently released their second album called 'What Is Love?' and released a single; days before its release called 'Playboy Style' featuring Charli XCX and Bhad Bhabie.

'Playboy Style' is all about falling in love with a bad boy. The song showcases the warming and soothing vocals from Charli XCX and a catchy, rap verse from Bhad Bhabie - a mix that is seriously needed.

During an interview, Grace Chatto, from Clean Bandit, stated, "We had been working on the song with Charli XCX, and she wrote all of those lyrics—the best on the album, I think," she said. "She recommended getting Bhad Bhabie in. She contacted her on Twitter, and that’s how the collaboration with her came together in Los Angeles.”

I find the lyrics of the song quite catchy and I really enjoy the beat! A clean Bandit is a group that releases smash hit after smash hit - there is never a dull song with them. And I have to admit, this song may be my favourite one they have ever released.